Sony Ericsson G900 Can Give Touch Competition To Nokia N96

It seems that mobile manufacturers are hell bent to outsmart each other with their all new sophisticated phones. This can be seen from the two new launches- Sony Ericsson G900 and Nokia N96. Both the phones have some great features and can compete each other in different areas. Lets see if Sony with this new G900 can compete Nokia N96. 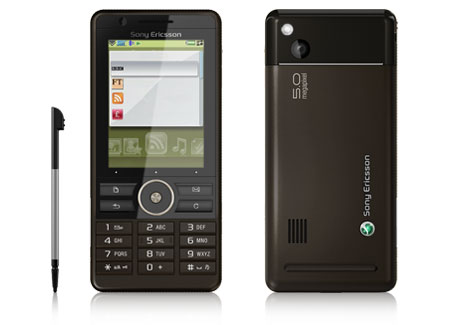 To find out that we have to go through the features of Sony Ericsson G900 and then compare them with N96. Lets move with the triband phone from Sony. The 3G UMTS supported phone is a lightweight phone with a screen space of 2.4 inches. The touchscreen phone is loaded with attributes to make your life quite easy and smart. The phone has practically unlimited entry and the call records too are unlimited.

The Sony Ericsson G900 has a card slot and there is internal memory of 160MB. The phone has a GPRS with EDGE technology and there is Wi-Fi 802.11b/g. You also have Bluetooth v2.0 with A2DP and USB v2.0 port for data transfer and other utilities. The operating system of the phone is Symbian OS, UIQ. You have MMS, SMS, Email, instant messaging, Push mail and other facilities.

The multimedia of the phone is also powerful to compete well with Nokia N96.
You have a 5 MP camera of 2592E1944 pixels with autofocus, flash, image stabiliser and video shooting. There is also a secondary videocall camera. Other sophisticated features in Sony Ericsson G900 include – FM radio with RDS, media player, Handwriting recognition, document viewer and editor and battery back up of 12 hours for talktime.

SO how does Nokia N96 defends itself from such attack. Because Sony Ericsson G900 has indeed given a touch competition to it. This quad band phone gains one point in its frequency support. Because G900 is a triband phone. Nokia N96 is not a touchscreen phone but is has a 2.8 inche long screen, the internal memory of the phone is 16 GB and if you wish you can increase it more with a microSD card. The Wi-Fi with UpnP technology and Symbian OS 9.3, S60 rel. 3.2 OS, built in GPS receiver and some other features make Nokia N96 more powerful device than Sony Ericsson G900.

There is nothing to lose heart but the device could give real challenge to such a giant. G900 won’t be a bad choice if you decide to buy.