Resident evil 5 is a big hit in japan 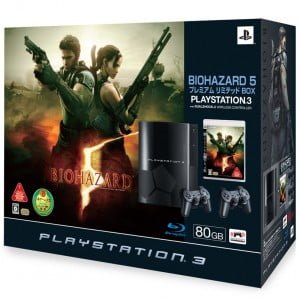 Resident Evil is the most popular game in the world and now hit the Japanese shore. Kotaku.com said:

At the Yodobashi Camera in Akihabara, sales were healthy. Japanese game site Famitsu reports that the PS3 version sold at a pace of 100 copies in the hour after the shop’s doors opened. The game sold steadily throughout the morning. The sales rate breaks down as 80 percent software sales and 20 percent PS3 Resident Evil 5 bundle sales.

Hundreds of Japanese gamers lined up overnight across the region yesterday for the release of Capcom’s hotly anticipated Resident Evil 5. Thanks to some quick blogging over in the Land of the Rising Sun, we can also reveal which version of the action horror sequel Japanese punters are favouring.