Is the New PS3 Slim Gaming Console Worth Buying? 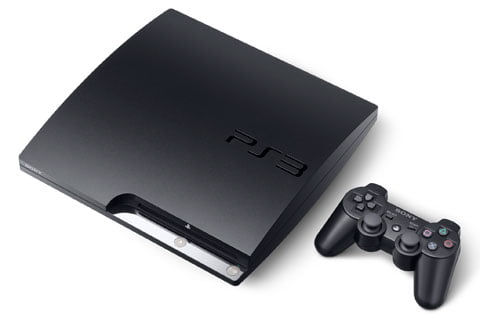 The all new Sony PlayStation 3 Slim games console will be tempting gamers this fall, so let’s take a close look at the Sony PS3 Slim gaming console.

Firstly, the most important thing to many gamers is the price, so Sony has cut the price to $299 as of the 1st week of September when it will be released and available to a worldwide audience.

Cosmetically, gamers will notice that it has a more textured finish which Sony thinks it gives it a more casual look. The PS3 logo branding design has changed to a shiny piano black finish. The brand name has also been modified to ‘PlayStation 3’ compared to an earlier branding of ‘PLAYSTATION 3’. What’s the difference? Answer: CAPS LOCK hasn’t been deactivated.

The PS3 Slim now has physical push buttons as opposed to touch sensitive buttons which used to be on the previous unit.

It has a 120 GB hard drive which is located at the front of the unit which makes it easier to access and therefore easier for interchanging when wanting to upgrade. The hard drive is user upgradeable, and if the hard drive was to be upgraded the warranty would not be void giving greater flexibility to hard core gamers who like to customize their consoles.

On the back side of the unit, the same connections exist as on the previous model such as: an ethernet port, an HDMI video port, digital audio output port and Sony’s AV cable connector for component or composite video output. Also on the back side, the power cable does not have a corresponding on/off power switch.

Comparing to the previous PS3 the new PS3 Slim is: 32% thinner, 36% lighter, and consumes 34% less power than its predecessor. Out of the box, the all new PS3 Slim is designed to be used laying flat but Sony will offer an additional stand for $24 if you want to prop it up vertically.

There is still no IR receiver port which allows the use of universal remotes, it does not have backwards compatibility so PS2 games cannot be played on the new PS3 Slim, Sony has also removed the ability to install another operating system such as Linux.

At the end of the day, we would not advise you to waste your time playing games. Firstly, it’s a waste of money.
Secondly, sitting on your backside all day long getting lost in fantasy and a dream like world is not only a waste of time but it is also bad for your health.

Why not go swimming or play a contact sport to your get your body working hard and therefore making you more fit and healthy?

Is the all new PS3 Slim worth buying?

Well, it’s something you should think about as it can be a very personal choice.

You can find exclusive pictures and more information about gaming consoles at the following website so click here: PlayStation3 Slim Gaming Consoles.