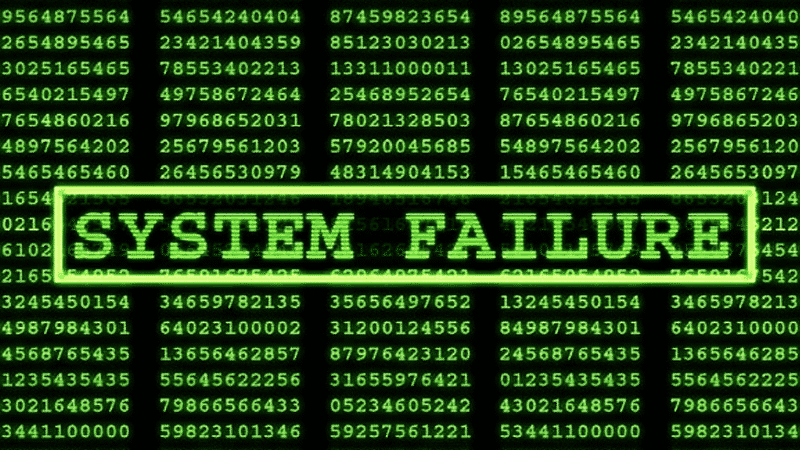 One of our server have a boot loop issue and our last option is to change hardware based on recommendation by software vendor.

The issue when changing hardware is the server sometimes cannot boot even using the same hardware specification. We suspect it is something to do with the device UUID because of hardware change.

So to solve the issue we need to boot in rescue environment to repair boot and try to reinstall grub first. Our server using software raid. If during rescue mode if you cannot mount the disk using option 1 and 2 you still be able to mount the raid. Just list the hardisk using command;

We can possible to assemble and mount the raid device using below command;

*No need to mount/assemble swap device

Next step may or may not required depending on situation. In our case we need it because we need to reinstall kernel. The next step is try to bring up the network but using local ip since the server is in the office and not using public IP.

If you fire command

it supposed to be empty because you not set any setting in the network. Run ;

to know the network device name.

Command to add IP to the network is:

Now we are ready to login to our problem server. Command below executed:

Now we are in the server environment and no longer in rescue environment.

If this step failed after reboot server, repeat the step again but no need Internet but rather fix the grub by reinstall grub.

Recently there are few of our server overloaded because of Softaculous.

Not sure what trigger the overload but reinstall the software seem managed to solve the issue.

We have install our server with process monitoring script. When ever there are many process running exceeded define volume the notification will be sent to our report email.

In this case our server load sky rocket from normal to 100 in a matter just seconds.

It this case our report will be look like this;

What we do first is to rename Softaculous folder.

The last steps is to copy configuration file from last setting.

The server no longer have overload issue with Softaculous.

Simply put, Linux is a computer operating system like the Mac OS X or Microsoft Windows. The difference is that Linux is open source; anyone can view, modify, and redistribute the underlying code. Further, while OS X is designed to run only on Apple hardware, and while Windows runs primarily on x86 processors from Intel and AMD, there are many distributions or flavors of Linux, compiled to run on a wide array of hardware, everything from high-end corporate servers and mainframes, to home PC’s, to cell phones.

Linux began as a pet project of a Finnish university student, Linus Torvalds, in 1991 as an alternative to the server operating system Unix. He made it freely available to anyone who wished to modify it and it was quickly adopted and grew. Still, it remained primarily a server-based system. Few home users would have chosen its complex command-line interface over the comfortable and easy-to-use point-and-click GUI of the Macintosh or Windows.

However, Linux now also sports a graphical front-end and a plethora of user-friendly applications.

Since Linux is all about choice, it’s not surprising that there are a number of graphical environments available. The two most popular that come preloaded on many distributions targeted for desktop or workstation use are Gnome and KDE. Both offer features home users have come to expect: menus, icons from which to launch applications and documents, desktop wallpaper, screen savers, trash icons, and the like.

Connecting to printers is a simple process of selecting the printer type from a menu and telling the system where to find it, either on a local port or a network queue. To print from most applications simply select File, Print. No surprises there.

Sharing folders is equally simple and relies upon standard protocols that interface well with Macintosh and Windows systems.

For security, you can create multiple user accounts; each user gets their own desktop they can customize as they wish. There’s also a built-in firewall to protect you from Internet intruders.

Of course, most people are more interested in the applications they can run, rather than the underlying operating system. Here, Linux is in no way deprived.

For browsing the Internet, there’s Mozilla’s Firefox and Konqueror. For e-mail there’s Thunderbird and Evolution. The popular OpenOffice.org suite provides typical office functionality including word processing, spreadsheet, database, drawing, and presentations. The Gimp and Inkscape offer advanced graphics capabilities. And there’s a variety of utilities for burning CDs and DVDs, listening to music, watching videos, and chatting via services like AOL’s Instant Messenger.

This list is by no means complete. There are thousands of open source applications for Linux; you’d be hard-pressed not to find one that could do what you need. But there are also many commercial applications available.

If Linux offers so much of the same functionality as Windows, why isn’t it more widely used? Why do many home and corporate users reject it?

Microsoft Windows, while it has many faults, has become so widespread in its use as to be nearly ubiquitous. It has become the de facto standard by which other systems are measured. For those people already familiar with and comfortable with Windows, anything else is a step back, even if it is faster, more intuitive, more stable, and more secure.

Also, it must be admitted, there are still situations where you may need to venture into the cryptic world of the Linux command shell. For those used to living with a mouse in one hand, typing commands like awk and grep at a flashing cursor is unacceptable.

And, while there are enough applications to satisfy all but the most demanding of users, there are a few notable exceptions. Microsoft Office is not available on Linux, and likely never will be. Adobe Photoshop is also missing. In both cases, nearly all of the functionality these two giants provide is available in other applications, but for some die hards, that’s not good enough. While there are ways of running some Windows applications on Linux, they’re not usually as fast or as stable — or as easy to implement — as native Linux applications.

The situation is even dimmer for games. While the console market — PlayStation, Nintendo, and Xbox — is growing, the PC and Mac game market is shrinking. The commercial Linux game market is even smaller. Oh, there are plenty of games for Linux, but most are modest efforts, with few of the heavy hitters widely available on other platforms. Those that have been ported to Linux are not always fully supported — if they’re supported at all — by the original producer. For example, while you can purchase Quake 4 for Linux, don’t expect id Software to help you get it running, a task not for neophytes or those who shy away from the command line.

Despite any apparent drawbacks, some major vendors are actively promoting Linux on the desktop. Novell now offers the SUSE Linux Enterprise Desktop, while Red Hat offers Enterprise Linux WS, both targeted at corporations. Since users in this environment are likely to have a fixed set of applications without a heavy gaming need, Linux is often ideal. And a number of organizations are taking advantage of the potential savings offered by these open source options. Governments especially, under scrutiny for how they handle the public purse, are often quick to make the move. Among them are the cities of Largo, Florida, USA; Bristol, UK; and Bergen, Norway. They have each made their taxpayers happy with significant savings over the closed source, proprietary systems they used to use.

If you’re a heavy gamer, then you’ll probably want to stick with Windows or a dedicated console. If your focus is advanced graphics and video editing, then Linux may be an option, if you’re willing to give up certain commercial applications. Otherwise, you’d be better off with a Macintosh. If you’re just surfing the Internet, sending e-mail, writing letters, and editing spreadsheets, then Linux and the open source software that comes with many distributions will do everything you need.

On the other hand, if you don’t want to ever see a command line or edit configuration files by hand, then Linux probably isn’t for you just yet. But it may be soon.

Is Linux Ready For Your Desktop?

If you have any involvement with Information Technology, you’re probably already familiar with Linux as a server operating system. Indeed, for many applications Linux is an accepted and even preferred platform. Google has built and is expanding one of the world’s largest cluster of Linux servers to host its pervasive search engine system. Major hardware vendors, including IBM and Hewlett-Packard, sell servers preloaded with Linux and provide premium support for the operating system. Oracle is the largest commercial database running on Linux with more than 80% market share. Successful commercial applications like VMware ESX are built on Linux foundations. And many of the largest Internet hosting providers run on Linux.

On the other hand, if your computer experience is limited to your own home PC, you may never have even heard of Linux and may be wondering what all the fuss is about. If that’s the case, listen up because Linux may be coming to a desktop near you!Article Source: http://www.articlerich.com