Are Alienware Gaming Laptops Worth Buying? 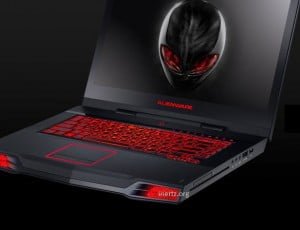 Perhaps one of the most discussed questions in gaming circles: are Alienware gaming laptops worth the price you have to pay for one of these high-performance rigs? This argument runs along several viewpoints which are heatedly debated by hardcore gamers. Close examination of these discussions may prove helpful if you’re looking to buy one of these machines.

First, many gamers suggest buying any laptop, Alienware or otherwise, for gaming is a totally ridiculous idea. Gaming laptops are often over priced, they are difficult to upgrade and because everything is pushed into such a tight space, fan noise and overheating are common problems which keep arising. Instead, gamers should stick with a gaming desktop PC which is much cheaper and don’t have the problems as those associated with gaming notebooks.

However, despite this argument gaming laptops are increasing in popularity and top brand names like Alienware, Falcon, Rock… have taken on a “cult-like” status among many gamers. These maxed-out, high-performance machines are stylized versions of pure gaming power. They are designed to capture the eye as well as the heart. And the buying public have signaled their approval by opening their wallets.

But regardless of how nice they look – are Alienware gaming laptops worth the price?

Actually, prices have been steadily falling and you can now get an entry level Alienware at a reasonable price, the extremely portable M11x even comes in under a $1000. However, for a totally maxed out system with the highest components, you’re still looking at a 4 or 5 grand price tag. Ouch!

But lets face it, if you want the top-level processors and top-level GPUs or graphics cards, you are going to have to pay top dollar no matter if it’s Alienware or some other manufacturer. As long as they get the quality, many gamers don’t mind paying the price. After all, these machines are luxury items, although they can serve a practical purpose especially if you want it for video editing or heavy graphic design work.

But many argue that you can get a decent gaming laptop at a lower price by going with a lesser known brand such as Asus, MSI or even Toshiba. If you shop around, you will probably find cheaper gaming rips but they won’t be an Alienware machine. Some gamers just won’t settle for anything less than an Alienware laptop.

However, even here, there are opposing views because of the whole Dell issue, some gamers don’t like buying a Dell product. Alienware was purchased by Dell in 2006, and although Alienware has kept its own brand since then, it is now marketed through Dell. Many gamers resent this fact, although in reality, Dell with its XPS line does produce some half-decent gaming notebooks.

Still, the question remains, are they worth the money?

Probably yes, because Alienware produces some of the fastest and best gaming laptops on the planet, however, that top style and performance comes at a premium. In the end, that question comes down to the eye of the beholder and how deep are their pockets? If they can afford it, many gamers will still pick Alienware over a cheaper model, because they simply have to have an Alienware. That’s a good enough reason for many gamers.

…
If you’re in the market for an Alienware gaming laptop check out this whole page of Alienware Coupons, Discounts and Deals: alienware coupons Or try here: gaming laptops Copyright Titus Hoskins. This article may be freely distributed if this resource box stays attached.

2 thoughts on “Are Alienware Gaming Laptops Worth Buying?”