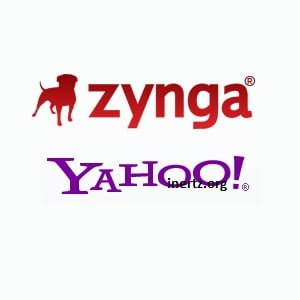 Yahoo! Inc. (Nasdaq: YHOO), today announced a partnership with Zynga that will integrate Zynga’s popular social games through Yahoo!’s global network. The partnership enables Zynga games to reach more than 600 million people worldwide across Yahoo!, giving them access to new and deeper ways to engage with friends and make new ones.

Zynga’s game integration with Yahoo! is part of Yahoo!’s commitment to offer personally relevant experiences to people from across the Web. Zynga games are expected to roll out on the Yahoo! network in the coming months and will include:

“Yahoo is focused on providing compelling, personally relevant experiences and social games are core to this experience,” said Hilary Schneider, executive vice president, Yahoo! Americas. “Zynga will bring top notch social game experiences to Yahoo!, including through our open platforms such as Yahoo! Application Platform and Yahoo! Updates. Yahoo! will also continue to work with other partners, developers and publishers to bring compelling innovations and experiences from across the web to our users.”

“With over 35 million unique users playing our games every single day, social games are fast becoming a leading source of entertainment worldwide surpassing most television shows,” said Mark Pincus, founder and CEO of Zynga. “Our partnership with Yahoo! gives millions of new users the ability to connect with friends and families through games.”

Today’s partnership along with Yahoo!’s recently announced Facebook and Twitter relationships brings together social experiences from across the web and extends Yahoo!’s social strategy by providing multiple places across Yahoo! for people to play social games, access and share information, and connect with the people that matter to them the most.