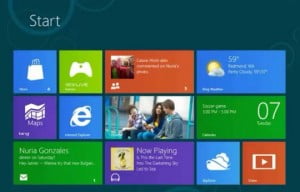 The official launch of Microsoft Windows 8 is expected to happen soon, and Microsoft has confirmed the price for upgrading the operating system from Windows XP, Vista or Windows 7 upgrade to version 8 Pro for Windows, priced at $39.99. The price is cheap compared to the previous Pro version at $99USD and this change welcomed by consumers.

Apple has been releasing major updates below $30 for many years with the Mountain Lion is only $19.99 and hopefully can encourage more people to buy genuine software.

The price is for digital update, but if you want DVD copy the price would be $69.99. It is said that price is only valid for a limited period until January 31, 2013. After that update price is expected to be doubled.