Some of my first computing was done on an Apple. OK, it was really a Franklin ACE 1000, which was an Apple II clone that Steve Jobs or Steve Wozniak quickly and decisively crushed into oblivion via a lawsuit.

By the time I was finished with our Franklin (my brother still owns it), I moved into working on IBM and IBM compatibles and moved out of the “educational” computing world into the “business” computing world. I never caught the Mac fever.

Apple recently unveiled a redesigned iMac. Apple hopes to capitalize on its success as of late and propel the iMac back into the spotlight. 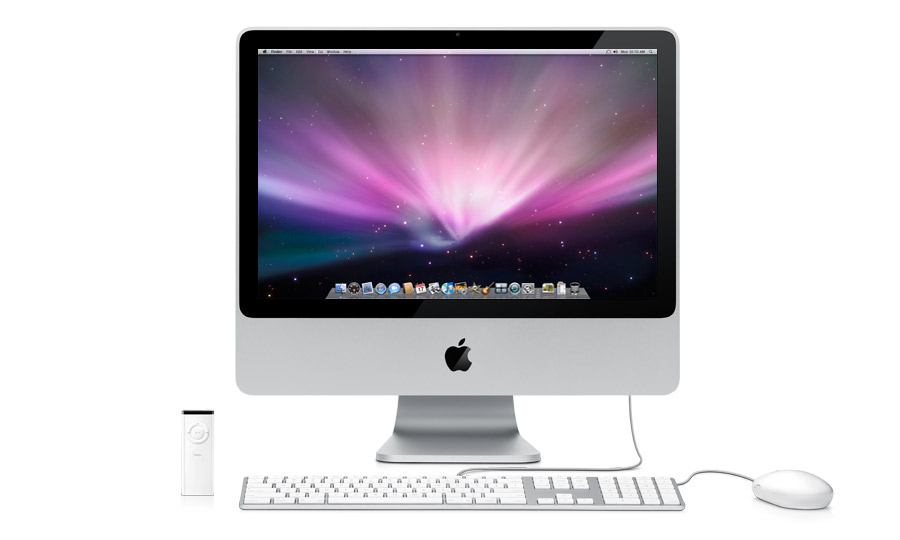 1. Combined development of hardware and software will create ease of use, reduce compatibility issues, create a more stable and computing environment, increase performance and make Apple more money.
2. Owning the educational space will translate into business sales. After all, if you learned on a Mac in school, wouldn’t you convince your employer that you should be using one in the workplace?

I believe that the fact Apple has always tried to be a hardware AND software provider has hurt it over the years. Had Apple focused on its operating system and allow Franklin to do what Compaq did to IBM, Bill Gates may be washing windows today. The world of computing is full of “if only” statements. The fact that I, and millions of others, tinkered on an Apple platform in school obviously has not significantly translated into business-class Apple sales.

The great equalizer for the iMac is Web 2.0. The movement of applications to being hosted and accessible via a browser favors Apple because of their appliance-like structure. We have one Mac user out of nine employees in our company. Why do I allow it? Because his involvement with Mac his helps keep us platform, application and content agnostic.

Challenges still remain for Apple in the business workplace outside of its strong presence in graphics-related workplaces. Client-side computing still accounts for a lot of compatibility issues. There is simply not critical mass in Web 2.0 application space to replace everything in the Windows environment. HTML and its next-generation derivatives and not coded or interpreted in a standard fashion. Ask any Web developer and they have to test, at minimum, Internet Explorer and Firefox because the same code is interpreted differently. Running Word, Firefox or other application running on a Mac does not mean universal compatibility with the Windows world.

All compatibility issues aside, Steve Jobs has the momentum with two big name projects recently – iPod and iPhone. Now he hopes that iMac will take off and explode his marketshare well past that sub-5 percent of the desktop computing space. I think over the next three years he has an excellent shot at significant growth.

Although I am not ready to trade in my laptop for an Apple at this point, I openly concede that there are many people that will be attracted to the new iMac for a variety of reasons, and they will no longer be on the computing islands that the Windows users banished them to decades ago. I can already feel that I am going to get a lot of crap from my fellow Windows users for finally conceding there actually might be a place in this world for a Mac outside of the Mac aquarium.

Apple introduced new versions of its iMac desktop as well as a redesign of its iLife application suite. Read more at IT Business Edge: http://www.itbusinessedge.com/item/?ci=32062