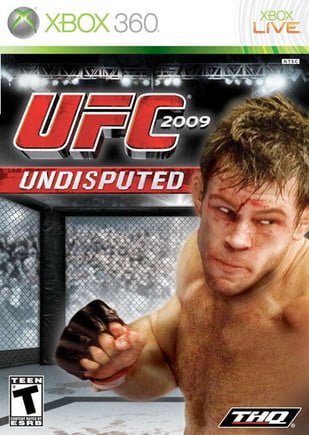 THQ Inc. (NASDAQ:THQI) and Zuffa, LLC today announced that UFC(R) 2009 Undisputed(TM), the critically and commercially acclaimed debut videogame based on the Ultimate Fighting Championship(R), has achieved “Platinum Hits” status in North America for the Xbox 360(R) video game and entertainment system from Microsoft, as well as joined Sony’s “Greatest Hits” collection in North America for the PlayStation(R)3 computer entertainment system. Having shipped more than 3.5 million units worldwide to date, both versions of the videogame originally launched on May 19, 2009 and are now available for the suggested retail price of $29.99.

“Reaching ‘Platinum Hits’ and ‘Greatest Hits’ status is an honor that speaks to the strength of our software and the power of the UFC brand,” said Brian Coleman, Vice President of Global Brand Management, THQ. “With a reduced price point, more players can now step into the Octagon(TM) and take part in the ultimate virtual UFC experience.”

“We are excited that so many fans around the world have helped us achieve these impressive milestones in our debut year,” said Dana White, President, UFC. “UFC 2009 Undisputedopened the door for us to further share the UFC brand with videogame and fight fans around the world, and we cannot wait to return this spring with the release of UFC Undisputed 2010on May 25, 2010.”