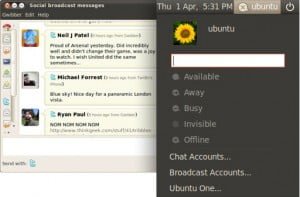 Ubuntu 10.04 which is based on Debian distribution available today on their website. The version is LTS version which mean it is a long term support for the OS. It includes three years of support through free security and maintenance updates.