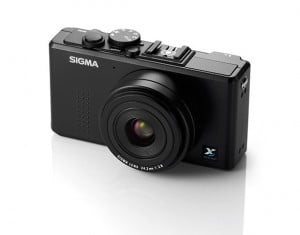 The Sigma DP2s is the successor to the DP2 which was introduced to market in April 2009 and incorporates a new AF algorithm, a Power Save Mode and a new rear design. The new AF algorithm provides high speed auto focusing, ensuring convenient shooting. The Power Save Mode lowers the battery consumption. When this mode is enabled, a greater number of pictures can be taken with a single charge of the battery. The new rear design aids quick recognition of the controls. The addition of red markings has been used to enable easier operation of the cameras controls.

The latest RAW image processing software, “SIGMA Photo Pro4.0”, is supplied with the DP2s and makes processing RAW images quick and easy. Version 4.0 has a superior image processing algorithm and improved compatibility with multi core CPU’s. It provides better image processing speed and improved image quality. Incorporation of a new noise reduction algorithm reduces Chroma and Luminance noise when processing X3F files taken at ISO400 or more. It is possible to adjust the level of reduction for noise just by moving the slider in the control pallet. With the Macintosh version, functions such as JPEG conversion and batch white balance settings, which were previously incorporated into Windows versions, have been added. In addition, the print function and the display speed for the review window and thumbnails have also been improved.

Many dedicated accessories such as the VIEW FINDER VF-21, HOOD ADAPTER HA-21 and ELECTRONIC FLASH EF-140 DG are available for the DP2s.