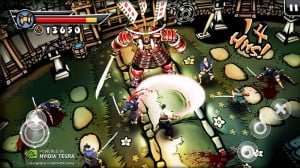 NVIDIA announced today that the Tegra Zone™ app is now live on the Android Market, providing a one-stop destination for consumers seeking the richest games for their super phone or tablet powered by the NVIDIA® Tegra™ 2 mobile super chip.

Games on Tegra Zone apps are especially enhanced for Tegra 2 super chip-powered devices, and are more realistic and interactive. Among those selected as launch titles are Dungeon Defenders: First Wave Deluxe HD, the first game available for Android that’s built on Unreal Engine 3; Samurai II: Vengeance; and Galaxy on Fire 2 THD. A complete list is provided below.

Introduced over the past several months in a variety of super phones and tablets, the Tegra 2 super chip is finding a growing market, particularly among those interested in console-quality gaming on their mobile device. It is built with the world’s first mobile dual-core CPU — which unleashes the best Web experience, with up two-times faster browsing and support for full Adobe® Flash® Player hardware GPU acceleration, plus unprecedented multitasking capabilities. It also includes an NVIDIA GeForce® GPU — which provides stunningly rich visual experiences and console-quality gaming.