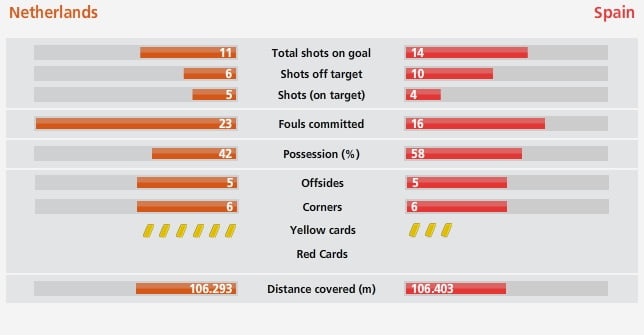 Spain and the Netherlands will play extra time in the World Cup final after a 0-0 draw in 90 minutes.

The teams created few clear chances at Soccer City but the game opened up slightly after a cagey opening hour in which the Netherlands broke up Spain’s attempts to get its passing game going with physical play that brought the Dutch six yellow cards.

Netherlands winger Arjen Robben broke free in the 62nd minute but his low shot to the far post was brilliantly kept out with the toe of goalkeeper Iker Casillas’ right foot.