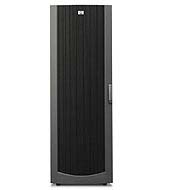 Just like the conductor in a musical orchestra, a Server (in information technology parlance) refers to a mother computer or master software that intelligently and seamlessly provides a host of services by controlling the access to data or physical resources residing in it to other programs / computers / network of computers, which connect to the server.

A server is usually used in situations involving massive volumes of processes / requests that have to be serviced. It is also used in situations requiring huge, centralized storage of relevant software / proprietary data / services that are to be accessed by many number of users or other programs (commonly known as ‘clients’), online.

The term ‘Server’ can refer to the readymade specialized hardware, built exclusively to handle this type of operation or it can also refer to the collective bundling of software (known as Server programs) which can emulate the same feat without the requirement for specialized and expensive hardware. There is an increasing trend towards using server programs (Examples like Microsoft Windows NT Server, Microsoft Windows 2003 Server abound in the market place).

Servers can be used as file servers (serving different files to the clients who have requested it), database servers (to hold large amounts of information, data required by the clients), Web servers (accepts requests from the client programs for accessing the Internet’s web pages), Mail servers (send and receive mail on behalf of the clients), Print servers (used to receive, prioritize and print innumerable requests from multiple clients) etc. The need for a server is dictated by your imagination and the ground realities like the cost of the server, the practical value rendered by it etc.

The prime characteristics of a server are terrific processing speeds, gigantic storage capacity, expandability and dependable connectivity. Processing speeds are based on the power packed into the processor(s). The expandability and connectivity are dependent on the external ports, expansion slots and the cables carrying the data. However, it is the storage capacity of a server that holds the prime fascination, for most users. It also holds the key to how a server can turn into Fort Knox and also automate its data recovery.

JBOD (for “just a bunch of disks / drives,”) or ‘Spanning’ is a simple bunching of many hard drives together, to combine the capacities of the individual drives into a single mass storage space of huge proportions. There are no added benefits of security, performance benefits or disaster recovery.

RAID (Redundant Array Independent / Inexpensive Disks / Drives) is a hard drive configuration concept that was patented in 1978, but has set the popularity charts ablaze only in the last few years. Today RAID configuration is commonplace on most servers for automated data / system recovery in the event of any hardware or software problems and for attaining enhanced performance levels.

Most common levels of configuration are RAID 0 to RAID 6, which are found in modern servers. The basic principle followed in the various levels of RAID configuration is to intelligently apportion data between multiple hard drives within the same server and to simultaneously ensure that a mirror image of the data is available on more than one hard drive (called s mirroring) for data recovery.

Another evolving method is called ‘Clustering’. Groups of RAID configured hard drives are arranged to form these clusters. They also offer data redundancy and performance benefits.

Between these three methods of JBOD, RAID or clusters, hard drives numbering between two to 100s of hard drives can be configured!

Server hard drives also experience the usual maladies that afflict the species of hard drives. RAID-compliant hard drives are capable of switching the data from a malfunctioning hard drive to a working one, when the drive is in operation itself (hot swap facility). So, occasional failure of any of the hard drives can be taken care of automatically by the RAID controller itself. Failure of all the hard drives in quick succession or all at once, simply pins the smart RAID concept against the wall.

James Walsh is a freelance writer and copy editor. For more information on computer crime and Computer Forensics see www.fieldsassociates.co.uk