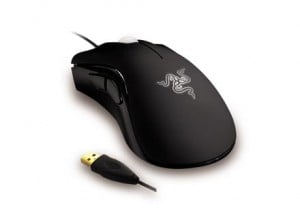 Today at the Game Developers Conference, Razer, the world’s leading manufacturer of high-end precision gaming and lifestyle peripherals, announced an effort to increase support for Mac users by issuing driver support for all upcoming Razer products, including the Razer StarCraft® II peripheral suite.

“I’m very proud to say that at Razer, we are committed to supporting both Mac and PC gamers,” said Robert “Razerguy” Krakoff, president, Razer USA. “We are constantly working to increase driver support for Mac with our existing Razer products and have plans to release all of our new products with dedicated Mac and PC drivers. This is a really exciting opportunity to expand the gaming industry and make it more inclusive for Mac users by providing the same level of support that we give to our PC users.”

In April of 2008, the Razer DeathAdder™ for Mac was revealed, crafted specifically to provide Max OS X users with the same legendary ergonomic form factor and precision enjoyed by the PC gaming community. Complete with lunar white accents to accentuate the crisp, clean lines customary to Apple® products, the Razer DeathAdder for Mac is loaded with 1000Hz Ultrapolling™ technology and five independently programmable Razer Hyperesponse™ buttons.

Today, Razer is proud to offer several options for the Mac gaming community, providing full Mac support for the Razer Naga™, the world’s best selling MMO gaming mouse, as well as the Razer DeathAdder, a cult favorite among the right-handed gaming community. Razer is completely committed to supporting Mac users and will be releasing drivers to equip existing products with Mac compatibility. Basic Mac support is already available for the Razer Orochi™, Razer Mamba™ and Razer Imperator™, with further updates scheduled for later this year.