Plextor is again confirming its position as the leading quality supplier of optical devices, by launching the fastest Blu-ray DVD re-writer in the world. The Plextor PX-B940SA writes at a blistering 12-speed (BD-R DL/SL), which is an important step up when burning complete Blu-ray discs which can hold anything up to 50GB of data. 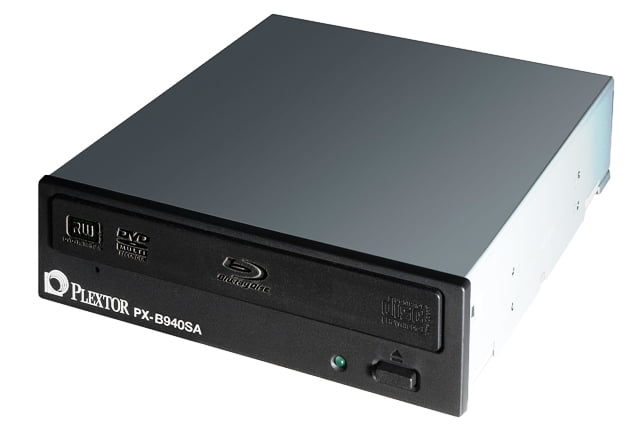 The PX-B940SA not only uses the latest Blu-ray technology, but is also a highly versatile dual-layer DVD drive that combines multiple formats – DVD R/RW and RAM – into one. It can accept both 12cm and 8cm discs (in the horizontal position) and has a large 8MB buffer to ensure there is no data interruption. Write speeds: 12x BD-R DL/SL, 2x BD-RE, 16x DVD+R/-R, 8x DVD+RW, 6x DVD-RW, 8x DVD+/-R DL, 5x DVD-RAM, 40x CD-R and 24x CD-RW.
Having been developed to strict environmental and recycling standards, the Plextor PX-B940SA meets EU RoHS (restriction of hazardous substances) and WEEE (Waste Electrical and Electronic Equipment) directives.

The Plextor PX-B940SA will be available from November 2009 at Plextor’s network of dealers. It is covered by Plextor’s Fast Warranty Service (2-year warranty in the EU, Norway and Switzerland (Collect & Return); other countries 1-year carry-in). A comprehensive range of software is included: InterVideo WinDVD 8, Ulead MusicFactory 5 and Ulead Burn.NOW 4.5 .