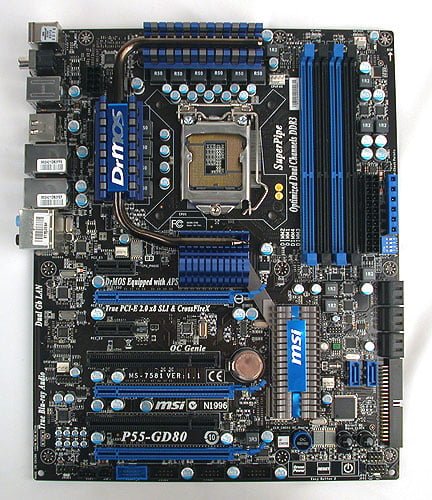 World renown mainboard and graphics card manufacturer, MSI, after officially launching the P55 Xtreme Speed mainboard series, received rave feedback from both media and users for these high-performance mainboards with huge expansion options. Above all, the top-notch Xtreme Speed series mainboard P55-GD80 stands out from the competition in the round review and won the hands-down best product award for P55 mainboards at the famous global hardware review website Hardware Zone.

At the Hardware Zone round-up review of P55 series mainboards, the MSI P55-GD80 not only showed outstanding overclocking capabilities, but also offered more in terms of hardware specs, unique technologies and expandability than the competition. According to the review of Hardware Zone, “Combine with these technical features, this MSI P55-GD80 may not be the cheapest but it’s extremely competitive with the other top brands.”

Additionally, MSI’s exclusive overclocking solution, the OC Genie on their P55 mainboard is an outstanding feature simplifying overclocking by letting users easily boost performance within a second. The testers pointed out:” Admittedly, some of its overclocking features are not the most original but MSI has not been tempted to throw everything in. This ‘balance’ to cater to the more mainstream user while having some allowance for enthusiasts is best exemplified by the new OC Genie.” 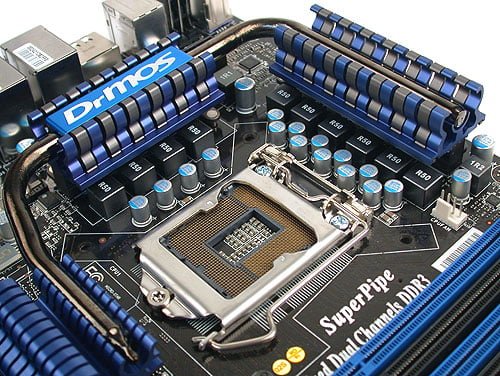 To sum up the Hardware Zone review have a look at this quote, “MSI has introduced a very user friendly hardware based auto-overclocking tool that works pretty well, while allowing enthusiasts to tweak further. MSI P55-GD80 is no doubt our choice for the best P55 of its class and thus the Winner of from Hardware Zone review with a nice balance of what’s good for both themainstream consumer and the enthusiast.”

Got curious to find your ideal next generation Core i5/i7 processor platform? Check out the
MSI P55-GD80, we are confident it will be your best choice!