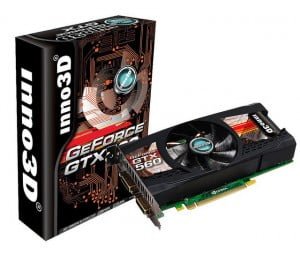 Starting at $199 USD, the GeForce GTX 560 joins its big brother, the previously launched GTX 560 Ti GPU, in delivering an awesome gaming experience in its price class for games running at 1080p, the world’s most popular gaming resolution, according to Valve’s Steam Hardware and Software Survey(1).

For an in-depth look at the GTX 560, and to view a special video with footage from this summer’s hottest PC games of the year, please visit: http://www.geforce.com/#/News/articles/560-game-previews/.