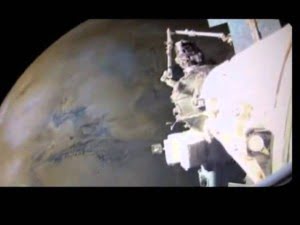 Part of the footage collection of NASA’s ISV Columbus spacecraft edited to show only a few of the more notable scenes.