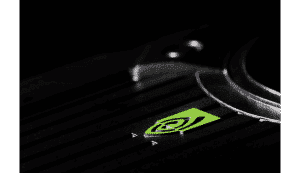 NVIDIA today announce the availability of NVIDIA GeForce GTX 760 to replace GeForce GTX 660. GTX 760 said to have better performance than previous GTX 660, three times faster than GTX 275 and twice as fast as GTX 560. The price point for this card is $249.

Designed to deliver extreme frame rates for all of this year’s hottest PC games, including Call of Duty: Ghosts, Watch Dogs and Battlefield 4, the GeForce GTX 760 GPU is the new weapon of choice for experiencing high-definition gaming. And, powered by an NVIDIA Kepler™ architecture-based GPU with an incredible 2.3 gigaflops of processing horsepower, the GeForce GTX 760 is already dramatically more powerful than the next-generation game consoles expected by the end of the year.

“For gamers seeking insanely fast performance and smooth frame rates for their favorite games, the choice is clear: NVIDIA GeForce GTX GPUs,” said Scott Herkelman, general manager of the GeForce GPU business at NVIDIA. “At a starting price of only $249, the GeForce GTX 760 ushers in a new level of performance, features and affordability, so gamers can experience today’s most graphically demanding titles with all the eye candy turned high. It’s a great time to be a PC gamer!”

The GeForce GTX 760 also supports NVIDIA’s latest array of gaming technologies, including the NVIDIA PhysX® physics engine and NVIDIA TXAA™ anti-aliasing. Plus, it includes the new NVIDIA GeForce Experience™ software, which delivers the industry’s best drivers for smooth gaming, advanced features like NVIDIA ShadowPlay™ softwareand optimal playable settings with the convenience of single-click operation to gamers everywhere. And for those gamers who demand the very best, NVIDIA SLI® technology — the industry’s preeminent multi-GPU solution — scales to deliver even higher levels of performance.

In addition to these new features, the GeForce GTX 760 represents a tremendous performance upgrade over prior GeForce GPUs. It is three-times faster than the still-popular  GeForce GTX 275 GPU and twice as fast as the GeForce GTX 560 GPU, making for a significantly superior gameplay experience with support for all of the latest gaming technologies.