The New Style That’s Taking the World by Storm
MSI’s world-dominating ultraportable notebook, the Wind 12 U200, garnered much praise at the IFA consumer electronics show held in Berlin. The U200 features Intel’s CULV ultra-thin, low voltage processor platform, a 12.1″ frameless LED display, and weighs only 1.3 kg with battery. While there’s very little difference in size between this notebook and the average netbook, it boasts superior performance. Immediately after its release, word of the U200 swept through the media and captured the attention of consumers as it displayed its charms at IT exhibitions around the world. 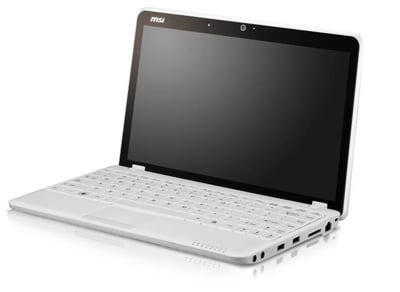 The ultraportable MSI Wind12 U200 notebook, on display at the IFA consumer electronics show from September 4-9 once again found itself in the global spotlight and the recipient of media attention. Bild.de, one of Germany’s top 10 online media outlets, proclaimed the U200 to be one of the stunning products in all of IFA’s notebooks. At Computex 2009, where the U200 was first introduced, the notebook also received extensive international media praise and buyer interest, leading Laptop Magazine to proclaim it Computex 2009’s most outstanding notebook!

During Computex the Wind12 U200 faced its first public examination and instantly caught the attention of international media and consumers. In naming it Computex’s most outstanding notebook, the US-based Laptop Magazine pointed out it was the world’s first 12.1″ notebook to adopt Intel’s CULV platform, it featured an exquisite exterior, and offered a larger screen than netbooks. With a footprint similar to a netbook, but with enhanced performance, the U200’s 12.1″ frameless LED display gives a truly top notch visual experience!

The U200’s design, wide display, and netbook-like footprint led Malaysia’s well-known MaxIT Magazine to elect the U200 an August 2009 design award winner while giving it a high score of 7 for performance and features. The MaxIT editors especially emphasized the U200’s outstanding performance in every category and called it the perfect balance between a notebook and a netbook because of its 12.1″ display, portability, and standard notebook user convenience. This latest recognition at the IFA consumer electronics show again captured the attention of international media and the buying public and demonstrates that the MSI Wind12 U200 fully embodies MSI’s exquisite manufacturing concepts, international brilliance, and global style.