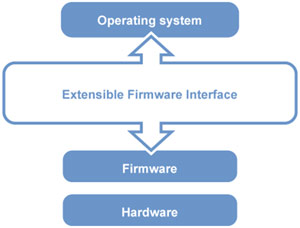 New Type of Graphics BIOS Settings
MSI has started to phase-in EFI into its next generation mainboard platform. The ability to use a GUI and mouse encourage users to unlock the full potential of MSI mainboards. EFI also supports LAN, pre-OS applications such as live update, games, instant messenger, media player and a browser. Microsoft will add EFI support to the x64 versions of Windows Vista with Service Pack 1.

What is EFI BIOS?
The Extensible Firmware Interface (EFI) is a specification that defines a software interface between an operating system and platform firmware. EFI is intended as a significantly improved replacement of the old legacy BIOS firmware interface historically used by all IBM PC compatible personal computers. The EFI specification was originally developed by Intel, and is now managed by the Unified EFI Forum and is officially known as Unified EFI (UEFI).

EFI BIOS Support
“MSI will start to phase EFI into its next generation mainboard platform, and will allow much easier accessibility of mainboard BIOS systems. The ability to use a GUI and mouse can only encourage users to attempt to unlock the full potential of today’s modern mainboards. Even at this early beta stage we have seen excellent OC potential using current generation of MSI mainboards..