Mp3 Player If You Are On The Move

An Mp3 player is also known as a digital audio player, and it has become a regular fixture in our everyday lives. Everybody seems to have one these days. Walking the dog, at the gym, traveling to work, the idea that you can carry your entire music library with you anywhere is extremely appealing to most people.

MP3 players have made music easily accessible to everyone. You can simply download the songs from the free download sites and save them in your player and carry with you everywhere. Nothing could be better when you are stuck in a massive traffic jam and don`t know how to while away your time.

Mp3 stands for Moving Picture Experts Group layer III, and can be seen as a technology which audio data can fit smaller memory space, without any loss to audio quality. Raw audio data is normally very large and difficult to use on portable devices because of the lack of available storage. A standard audio CD can hold up to 80 minutes of audio data. With Mp3, about ten times more audio data can be stored in memory of the same size. 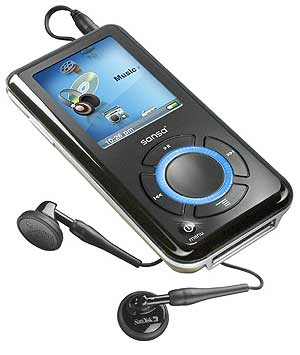 An Mp3 player with hard drive is good for travel or for those compelled to be away from their computers for long periods of time. It is ideal for listening in the living room, and it can be connected to external speakers. An Mp3 player with flash memory is useful while jogging or at the gym because of its lightness.

Mp3 players were introduced in the early nineties, and ever since then, there has been a running argument over audio quality. A lot of people feel that Mp3 compression has an adverse effect on the quality of the sound; the others argue that the Mp3 audio format just removes the frequency of audio data that cannot be possibly heard by people, so there is no real loss in the sound quality.

More and more new features are being added to the Mp3 player with advancing technology. Some have built in digital photograph albums, as in the later generation iPod, and you can download and access your pictures while you are on the move. Some have analogue radio and digital radio receivers.

It is usually believed that MP4 is just a modern and updated version of MP3. But it is not so at all. It is something very different in its features. MP3 can be considered to be of a particular category belonging to audio formats, whereas MP4 is considered to be in a container format. However in spite of these differences, mp3 files can be run in either of the players.

One thing you will do well to remember is that your Mp3 player sound quality is only as good as the headphones you are listening with. So do spend a little time and money on superior quality headphones.