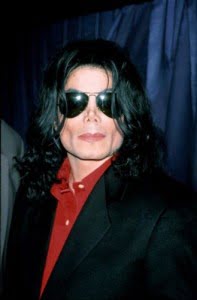 Michael Joseph Jackson (August 29, 1958 – June 25, 2009) was an American recording artist, entertainer and businessman. The seventh child of the Jackson family, he made his debut on the professional music scene in 1968 as a member of The Jackson 5. He then began a solo career in 1971 while still a member of the group and was referred to as the “King of Pop” in subsequent years. Jackson’s 1982 album Thriller remains the world’s best-selling album of all time, and four of his other solo studio albums are among the world’s best-selling records: Off the Wall (1979), Bad (1987), Dangerous (1991) and HIStory (1995).

In the early 1980s, he became a dominant figure in popular music and the first African American entertainer to amass a strong crossover following on MTV. The popularity of his music videos airing on MTV, such as “Beat It”, “Billie Jean” and “Thriller”—widely credited with transforming the music video from a promotional tool into an art form—helped bring the relatively new channel to fame. Videos such as “Black or White” and “Scream” made Jackson an enduring staple on MTV in the 1990s. With stage performances and music videos, Jackson popularized a number of physically complicated dance techniques, such as the robot and the moonwalk. His distinctive musical sound and vocal style influenced many hip hop, pop and contemporary R&B artists across several generations.

Jackson donated and raised millions of dollars for beneficial causes through his foundations, charity singles, and support of 39 charities. Other aspects of his personal life, including his often changing appearances and eccentric behavior, generated significant controversy which damaged his public image. Though he was accused of child sexual abuse in 1993, the criminal investigation was closed due to lack of evidence and Jackson was not charged. The singer had experienced health concerns since the early 1990s along with conflicting reports regarding the state of his finances since the late 1990s. Jackson married twice and fathered three children, actions which caused further controversy. In 2005, Jackson was tried and acquitted of further sexual abuse allegations and several other charges.

One of the few artists to have been inducted into the Rock and Roll Hall of Fame twice, his other achievements include multiple Guinness World Records—including one for “Most Successful Entertainer of All Time”—13 Grammy Awards, 13 number one singles in his solo career, and the sale of 750 million records worldwide.At the time of his death, he was preparing for This Is It, a series of 50 concerts that would have been held in London beginning July 13, 2009.