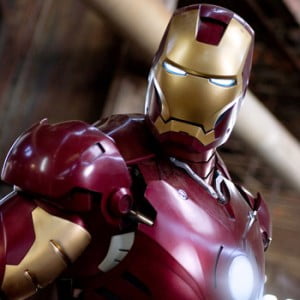 Unlike the superpower heroes such as Superman, Spiderman or Wolverine, Tony Stark a.k.a Iron Man doesn’t possess his own super human powers. He is in essence the Macguyver of the Marvel world. For instance, Tony actually created his own superhero through his knowledge as an industrialist and military weapons inventor of a armor suit while being lock down in an terrorist prison cave.

Every super heroes has their own distinguishing characteristics or traits. Wolverine has his claws, Spiderman has his webs, and Batman has his batarang. For Iron Man it’s his infinite armors. Oh Man! Are those armor suits of his metal grinding? Featuring tank armor proof. That’s right not that wussy 9mm bullet proof Kevlar crap, but tank shell proof. Also with his multi – array of weapons from stunners, to mini missiles, Tony Stark is an futurist. One who preferably likes to be fashionable. So no wonder the armor suits are also flight friendly, but also sophisticated. Indeed Tony’s suits are far more breathtaking to take a spin than the Batmoblie.

A impressive aspect of Iron Man is that we know Tony Stark doesn’t submit himself to years of hardcore training, or getting nip by a radioactive arachnid, or some other bogus mishaps. Instead, he builds a power armor suit that does all the hard work for him. Tony Stark is indeed an man of the modern era.

However, have you ever wonder how Iron Man actually flies? Or what his Repulsor technology does or is actually use for? The answers to this for all you Iron Man fanatics are given to you at http://iron-man-armor.blogspot.com along with more information about those Mark Series suits a.k.a mass weapons of eh….justices.