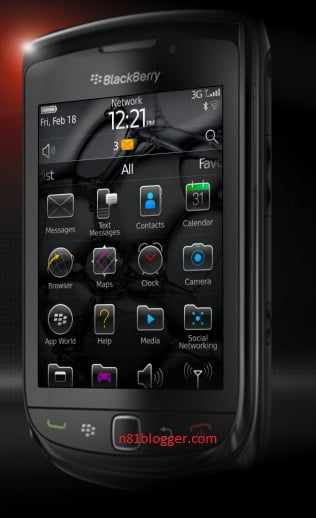 Indonesia said Wednesday it is considering following the lead of Saudi Arabia and the United Arab Emirates in banning BlackBerry services, adding to pressure on device maker Research in Motion Ltd. to give governments greater access to data.

Gatot Dewabroto, spokesman for the Ministry of Communication and Information, wants RIM to set up a server locally so encrypted information sent by the phones will not have to be routed through the Canadian company’s overseas computers.

“We don’t know whether data being sent through BlackBerrys can be intercepted or read by third parties outside the country,” he said, expressing concern that information could be used by criminals or spies.

The announcement came hours after Saudi Arabia said its telecom regulator had ordered mobile operators across the kingdom to halt BlackBerry services as of Friday.

The United Arab Emirates, too, plans to shut down e-mail, messaging and Web browsing on BlackBerrys starting in October.

India is in talks with RIM over how information is managed on the devices.

Analysts say RIM’s expansion into fast-growing emerging markets is threatening to set off a wave of regulatory challenges, as the device maker’s commitment to keep corporate e-mails secure rubs up against the desires of local law enforcement.

RIM has said discussions with the more than 175 countries where it operates are private. It does offer help to governments, but says its technology does not allow it, or any third party, to read encrypted e-mails sent by corporate BlackBerry users. (The consumer version has a lower level of security.)

The e-mails are, however, unencrypted on the servers of corporate clients, and can be obtained from the companies.

Satchit Gayakwad, an RIM spokesman in India, denied there were plans to give the government greater control over surveillance of its corporate clients.

“We won’t compromise on the security architecture of our corporate e-mails,” he said. “We respect the requirements of regulatory bodies in terms of security, but we also look at the customer’s need for privacy.”

Dewabroto said Indonesia, one of the largest providers of Blackberry services in Southeast Asia with more than 1 million users, is still just mulling a ban.

But it wouldn’t be the first time it has taken on the device maker: Service was blocked in 2008 until RIM agreed to set up sales service centers for users inside the country.

A Saudi security official told AP that security authorities are concerned about being unable to track down the exchange of messages using BlackBerry messenger.

“This service might be used to serve terrorism,” the official said.

BlackBerry phones are known to be popular both among businesspeople and youth in the kingdom who see the phones’ relatively secure communication features as a way to avoid attention from the authorities.

Several other countries have expressed desire for more control over BlackBerry messaging, including Bahrain, which has threatened to crack down on news dissemination using the devices.

The U.S. State Department criticized the UAE’s move earlier this week, saying BlackBerry services were an important part of the free flow of information in a modern society. On Wednesday, spokesman P.J. Crowley said the department is reaching out to countries that are concerned about BlackBerry services to better understand what their issues are. Source AP.