EA REVEALS SPORE™ FOR THE MAC

Toronto, Canada – January 18, 2008 . TransGaming Inc. (TSX-V: TNG), a leading developer of portability technologies for the electronic entertainment industry, continues to build on its relationship with Electronic Arts (NASDAQ: ERTS) with the announcement that SPORE™ will be available for the Mac later this year. From Will Wright, creator of the mega-hit The Sims™ comes Spore, the only game that allows creative personalities to explore the depths of their own personal galaxy. A sneak peek of the game is on display at the Macworld Expo in San Francisco, CA throughout this week.

“We couldn’t be happier to bring Spore to the Mac at the same time as the PC version. Spore is a highly creative game and I look forward to seeing what the players come up with to fill the universe they design,” said Will Wright, Chief Designer of Spore. 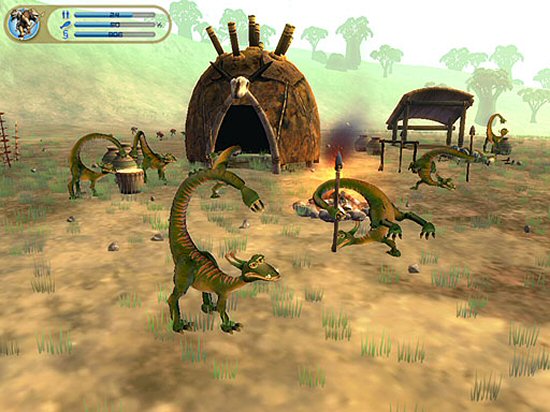 Spore is your own personal universe in a box. In this universe you can create and evolve life, establish tribes, build civilizations and even sculpt entire worlds. In Spore you have a variety of creation tools at your disposal that allow you to customize nearly aspect of your universe: creatures, vehicles, buildings, and even spaceships. While Spore is a single player game, your creations and other players’ creations are automatically shared between your galaxy and theirs, providing a limitless number of worlds to explore and play.

“Spore is a revolutionary game and one with incredible technological sophistication. The game brings players together in an environment that allows them to share in ways never before possible. Spore will also continuously evolve with new components and technology added to it both by users as well as by EA. Without Cider, keeping pace with such rapid evolution would never have been possible,” commented Vikas Gupta, CEO & President of TransGaming Technologies.

Spore is made up of five phases, each corresponding to a stage of evolution: cell, creature, tribe, civilization and space. Each phase presents different challenges and goals. You may choose to start with the cell phase and nurture one species from its humble aquatic origins to its evolution as a sentient species. Or you may decide to start building tribes or civilizations on multiple planets. What you do with your universe is up to you.

Both the PC and Mac versions of the game will feature the full experience of cell through to space with editors for designing creatures, buildings, and vehicles. Spore for the Mac will be made possible through TransGaming’s Cider Portability Engine, with experience gained from the past EA Mac titles, including: Harry Potter and the Order of the Phoenix™, Madden NFL® 08, Tiger Woods PGA TOUR® 08, Need for Speed™ Carbon, Command & Conquer 3 Tiberium Wars™ and Battlefield 2142™

One thought on “EA REVEALS SPORE™ FOR THE MAC”