DDR-3 is the next-generation evolution of DDR and newer DDR-2 memory technology that will break the Gigahertz speed barrier for memory speed.

DDR-3 memory comes with a promise of a power consumption reduction of 30% compared to current DDR-2 modules, due to DDR-3’s 1.5 V supply voltage, compared to DDR-2’s 1.8 V or DDR-1’s 2.5 V. This supply voltage works well with the latest fabrication technology used for most DDR-3 chips. Some manufacturers further propose to use “dual-gate” transistors to reduce leakage of current.

DDR-3 is an industry standard technology defined by JEDEC, who is the semiconductor standardization body of the Electronic Industries Alliance. About 300 member companies representing every segment of the computer memory industry actively participate to develop standards to meet the industry needs. 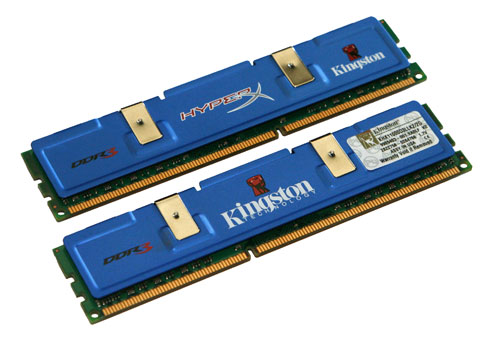 Prototypes were announced in early 2005, and products started appearing on the market as of mid-2007, in the form of motherboards based on Intel’s P35 “Bearlake” chipset and memory DIMMs at speeds up to DDR-3 1600Mhz. DDR-3 launched for these special Intel chipset-based desktops in July 2007, and notebook and server platforms will follow in 2008 and 2009. AMD’s roadmap shows they will also support DDR-3 as the new memory technology continues its market ramp-up in 2008.

DDR-3 DIMMs have 240 pins, the same number as DDR-2, and are the same size, but are electrically incompatible and have a different key notch location. This will keep end users from installing an incorrect part into a DDR-2 or DDR-3 motherboard.

GDDR3 memory, with a similar name but completely different technology, has already been in use for several years in high-end graphic cards such as ones from NVIDIA or ATI Technologies, and as main system memory on the Microsoft Xbox 360. It has sometimes been incorrectly referred to as “DDR-3”.