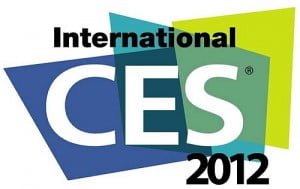 The first CES was held in June 1967 in New York City. It came from the Music Show Chicago, and subsequently became the main event to showcase consumer electronics. The event has attracted more than 17,500 attendees and 100 exhibitors. At that time CES is held twice a year in January and June.

Since 1998, the format changed to once a year with Las Vegas as a premier venue. Each event certainly highlight new technologies in computing and electronic technology such as in 2004 highlight the Blue-ray technology that can support storage capacity 128GB using 4 layer Blue-ray discs.

Last year, the CES show many of the tablets and Android-powered(Honeycomb) smart phones . In this event also introduced  3D TV technology from TV manufacturers giant such as Mitsubishi, Toshiba, Samsung and LG.

CES 2012 start from Tuesday, January 10 until Friday, January 13. Microsoft issued an official statement saying that CES 2012 will be Microsoft’s last appearance at the event.