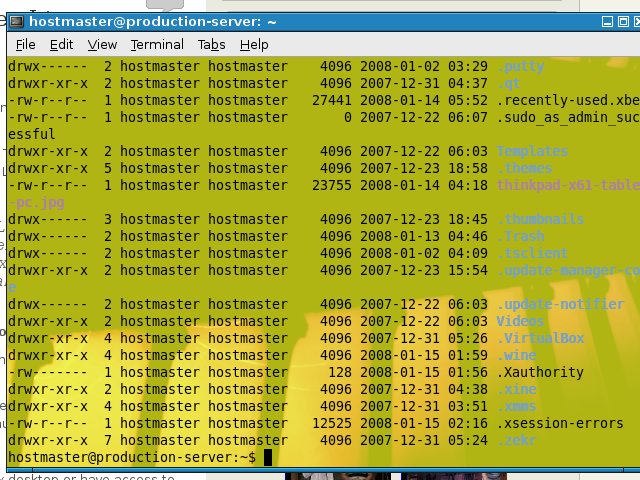 As part of getting Linux training on Linux concepts, you need to learn Linux terms to understand the concepts.

Linux Tips: Rather than just defining Linux terms, these articles will describe “related” Linux terms “in context”, while using the terms to describe Linux concepts. The end result is: “Translating Linux Geek-Speak into Clear Steps for Frustration-Free Mastery!”

You can set up Linux to 1) boot to a console, also known as a virtual terminal – or 2) boot to a Linux desktop.

To use Linux, you must log in to Linux. You log in as a user at a login prompt at a console, or at a GUI login prompt, prior to going to a Linux desktop.

Booting Linux to a Linux Console

To run Linux commands to do Linux system administration, you log in as the user named root – at the Login: prompt at the console, not at a GUI login prompt prior to logging in to a desktop.

Nice, calm, relaxed, step-by-step, and showing you everything you need to know – and explaining all the Linux concepts and terms along the way – easy Linux training all the way!

You can watch Free Sample I Learn Linux Video Tutorials at http://www.iLearnLinux.com and get over the steep Linux learning curve.

Sign up for Free I Learn Linux News to receive technical tips, info on new video samples and important updates on Linux.

You need to learn Linux the easy way to get that new job, qualify for that next promotion, earn a hefty raise, get Linux certification, or keep your current job because your company is trying to save on software licensing fees (eza). Watch, do, and learn!

Clyde Boom, Author and Expert Trainer with 20+ Years of Training Successes. Explains intricate technical matters in an easy-to-understand, non-technical manner, with tens of thousands of software and hardware learners into masters.