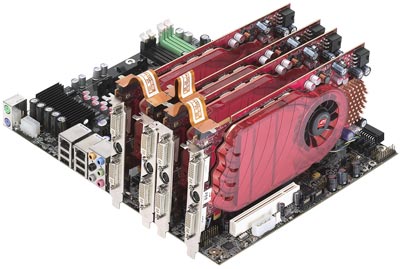 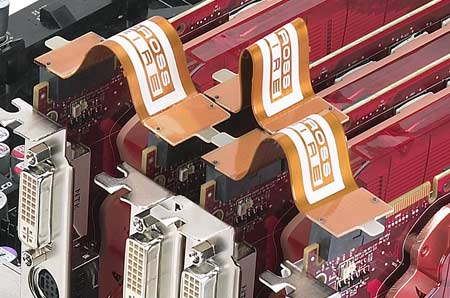 The AMD 700 chipset series (also called as AMD 7-Series Chipsets) is a set of current and upcoming chipsets designed by ATI for AMD Phenom processors to be sold under the AMD brand, several members were launched in the end of 2007, others are scheduled to launch in the first half of 2008.

The existence of the chipsets was proved on October 2006 through two hardware websites in Chile  and Spain  which posted the leaked slides of an ATI internal event, “ATI chipset update”. In the slides, ATI have shown a series of RD700 series chipset logics. Codenamed RD790, RX790, RS780 and RS740 respectively. A codenamed SB700 southbridge was also mentioned in the event. The 790X (codenamed RD780) chipset was spotted in Computex 2007, exhibited by ASUS [4], while the SB750 southbridge was reported by VR-Zone . The RS780D was first reported by HKEPC  while the RX780H was first seen on ECS internal presentations.

After the acquisition of ATI Technologies, AMD started to participate in the development of the chipset series. And as a result, the first performance and enthusiast segment chipsets products under the AMD brand, The 790FX, 790X and 770 chipsets were launched on November 19, 2007 as part of the codenamed Spider desktop performance platform. The 780 chipset series, first launched in China on January 23, 2008, will be released worldwide on March 5, 2008 [8], while the others will be released on the first half of 2008, including mobile chipsets (M740G, M780G and M780T chipsets).