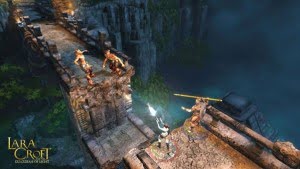 A band of heroes facing insurmountable odds. An epic adventure of choice and sacrifice on the journey to rule. Tens of millions of faithful fans worldwide. Look out Hollywood: Xbox 360 is delivering the entertainment blockbusters of 2010.

On the eve of the Electronic Entertainment Expo (E3), Microsoft Corp. unveiled a breathtaking lineup of games, proving once again that Xbox 360 is the best place to play. “Fable III,” “Gears of War 3” and “Halo: Reach” took center stage as the biggest exclusive games, and Microsoft unveiled its newest exclusive blockbuster, code-named “Kingdoms,” from legendary developer Crytek GmbH. Delighting audiences even further, all “Call of Duty” add-on content will launch first on Xbox 360 through 2012, starting with content associated with the Nov. 9 release of “Call of Duty: Black Ops.”

“With a portfolio of exclusives including ‘Alan Wake,’ ‘Mass Effect 2,’ ‘Splinter Cell Conviction’ and the record-breaking ‘Halo: Reach’ multiplayer beta, it’s already been an incredible year for Xbox, but we’re not slowing down,” said Phil Spencer, corporate vice president of Microsoft Game Studios. “In the next year, we’ll continue to redefine this generation of blockbuster entertainment with the controller-free experiences of Kinect and new chapters to three of the most acclaimed sagas found only on Xbox 360: ‘Fable III,’ ‘Gears of War 3’ and the biggest game of 2010, ‘Halo: Reach.’”

The Most Exclusive Entertainment

Twenty-five million passionate and engaged Xbox LIVE members have spoken, and Xbox 360 is this generation’s console of choice. As the top destination for millions of gamers, friends and family members to experience a world of entertainment together, it’s no surprise that the best developers are rewarding members with the year’s greatest exclusives, Game Add-ons and experiences.

A telltale sign of the meteoric year to come, fans around the world joined Xbox 360 and Bungie in making history with record-breaking participation in the “Halo: Reach” multiplayer beta. An astounding 2.7 million fans worldwide rushed to enlist and be the first to experience the year’s biggest game, establishing the “Halo: Reach” beta as the single most downloaded console video game beta test in history.

With games for the hero, adventurer and storyteller within us all, Xbox 360 is bringing larger-than-life experiences into living rooms like never before, including the following:

Xbox LIVE Arcade offers the highest quality downloadable games with a broad library of more than 250 titles and free trial downloads. Kicking off in July, Xbox LIVE Summer of Arcade is back for a third year with the biggest and best smash hits of the season. Xbox LIVE members will enjoy five weeks of scorching blockbuster games with something for everyone, including these games: